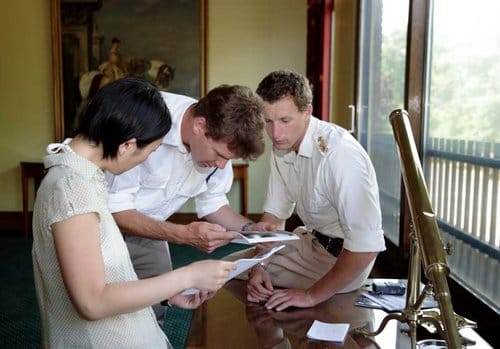 During the 20thCentury some exhibitions or cultural programs developed by architecture museums and institutesplayed a decisive role in the development of the discipline of architecture, its theory anditspractice. The history of architecture exhibitions showssome striking examples of exhibitions that proved to helpdirect the course of architectural thinking. Not only the monographic exhibition that presents an oeuvre to the public can create a wide cultural forum for the architectural attitude of an office. Thematic exhibitionsprove to have a great impact on the forming of generations, or on the acceptance ofa cultural ruling idea on how to treat materiality, the generic city, history orthe responsibility of architecture when facing urgent societal issues. The most known example is probably ‘Modern Architecture: International Exhibition’, organized bythe MoMA in 1932and curated by Philip Johnson and Henry-Russell Hitchcock. By the buildingsshown and the discourse that was constructed, the exhibition had a greatand long-lastinginfluence on the way architects looked at ornament, standardisation, materiality and the relation (or not) towards history and context. Other architecture programs stimulated the idea of an architectural generation.‘Five Architects’ was published in 1975 and was the outcome of an idea launched in 1969 to exhibit in the MoMA the work of five architects –Hedjuk, Graves, Meier, Eisenman and Gwathmey –that were seen by the curators as a ‘school’ in New York. The architects became known as a generation, although they seem to differ more than what they share in how they work. Another example is the ‘Nine + One’ series of exhibition initiated by the NAi in 1997 to bring emerging offices in the Netherlands to the international sceneas a young Dutch generation. More recently, the ‘SOS Brutalism’ program that was produced in 2017 by the DAM together with many partners, had a worldwide impact on the contemporary status of brutalist buildings. With ‘The Other Architect’, the CCA focusedin 2015 on alternativeorcriticalpositions architects can take onbesides designing and constructing buildings. With the fundamental changes the world is facing today, and the strong relationship between urban planning, architecture and these changes, the ‘otherness’ of these aspects of the architectural discipline might be questioned. More and more, these aspects of the discipline seem to be moving towards the core of the discipline. This session invites presentations that reflect on the impact architectural museums, institutes and centres want to have on the discipline of architectureand on the course of itshistory. Many ICAM members have the freedom of a cultural and critical positionin which they have the possibility to have an impact on both the discipline of architecture and its historiography. Do we make architecture accessible and understandable toa broader audience, or do we engage with the discipline itself and try to have an impact on its development? Can these positions be interwoven? Now that climate change, growingglobal migration and urgent issues such as the productive and inclusive city are at stake, the question is raised whether the focus on the design discipline, its formalities, its inspirations and its references, and the forming of schools and generations is justifiable.Or could wecontribute to the bigger global challengesby focussing on how the architectural discipline can addressthem? This session invites critical papers about this question, or that add arguments to a critical debate on this subject.Papers that present projectsthat relate to this question are welcomed, as wellas papers that reflect on a more general level on this question.