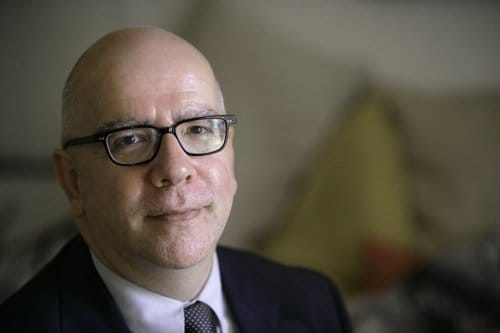 On May 7, the Minister, María Antonia Trujillo, announced Manuel Blanco appointment as the Museum’s Director of the National Museum of Architecture and Urbanism. The museum is an initiative of the Ministry of Housing and will have a decentralized structure, with three sites distributed throughout our country.

One site is devoted to Architecture and is located in Salamanca, one of our most beautiful cities, the old quarter of which was declared a World Heritage City by UNESCO in 1988, as well as being the location of our longest-existing active university, founded in 1218 by King Alfonso IX of León.
We already possess a space for this site, the building of the former Bank of Spain, which will be refurbished in accordance with a project by two young architects from Seville who just won the contest for ideas held by the Ministry of Housing.
The National Museum will have another site dedicated to Urbanism, the understanding of cities and territory, to be located in Barcelona, one of the cities in which inhabitants and institutions have been most involved in this topic. It is the Barcelona of Cerdá and the World Expo, which was reborn on the occasion of the Olympics, becoming, as we saw at the latest Biennale of Venice, a model among cities due to its urban development.
The headquarters in the city of Madrid will include the Museum’s Documentation Center, that houses its archives, as well as documentation currently in private hands, the widespread collections of professionals and companies which may be deposited therein, which will be preserved and catalogued in order to disseminate their contents through publication and exhibition. It will also be a Center that acts as the spearhead of a network of associated centers, as foreseen by its founding decree.