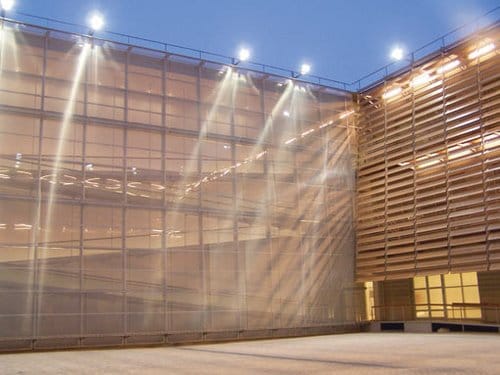 The Neohellenic Architecture Archives were established in April 1995 following the initiative of three professors in the School of Architecture of the National Technical University of Athens and an archaeologist specialising in modern Greek architecture of the nineteenth century, who had recognised the need to set up such an organisation. Their proposal was enthusiastically received and their efforts immediately embraced by the Benaki Museum. It was recognised that the …

by Natalia Boura, Leti Arvaniti-Krokou, Margarita Sakka-Thivaiou
The Neohellenic Architecture Archives were established in April 1995 following the initiative of three professors in the School of Architecture of the National Technical University of Athens and an archaeologist specialising in modern Greek architecture of the nineteenth century, who had recognised the need to set up such an organisation. Their proposal was enthusiastically received and their efforts immediately embraced by the Benaki Museum. It was recognised that the collection and classification of documents concerning the architecture and history of buildings and open spaces in a systematised archive was essential in order to facilitate research into the original appearance and evolution of modern Greek cities. This need was especially pressing given that the surge of contemporary urban growth rates has frequently resulted in the alteration and destruction of urban centres. For Athens in particular, the creation of such an archive was crucial as few examples remain from the multitude of buildings which formed its historical shape.

The NAA aimed to fill the gap which existed in the field of architecture, becoming the country’s first organised and easily accessible archive. An effort to compile in one place all the material and all the information that remained dispersed. Until then, parts of architectural archives, but mainly individual drawings, were to be found scattered in various public and private organisations, such as the General State Archives, the Ministry of Urban Planning and the Environment, the Ministry of Culture, the archives of various municipalities, or the archives of various foreign institutes and schools of archaeology in Greece etc.

The material collected refers to the period which begins with the establishment of the Greek State (around 1828) down to the present, and has a focus on all the architects, Greek and non-Greek, who have been active in Greece, as well as Greeks who worked abroad. However, the safekeeping of material belonging to or dealing with earlier periods, for example, photographs or engravings on subjects from traditional or Byzantine architecture or survey drawings dealing with these periods are also accepted, since there is no other similar specialized organisation which covers the architecture of these periods. In effect, the material collected starts out chronologically from the mid-nineteenth century, with the majority of the documents belonging to the early twentieth, the inter-war years and the Modern Movement. At this point it should be mentioned that for almost two years now the NAA has hosted the Greek group Do.Co.Mo.Mo.

The collection was started with the donation of two early twentieth century architects’ archives, those of Alexander Dragoumis and Ioannis Antoniadis, along with photographic material from nineteenth century Athens. Today the archives, including those of many professors of the Schools of Architecture, being looked after at the NAA number about fifty, not including offers of individual drawings or files. The NAA was installed in the central building of the Benaki Museum, where the material was both recorded and stored. Over the years the archives moved to a different space and gradually occupied several apartments as storage space. Inevitably, all the moves slowed down the rate of recording and working on the incoming material which, in contrast, constantly increased. We even had to ask some of the donors to keep their archives until such a time as suitable space had been found to house them.

The solution presented itself in the form of the new building that the Museum acquired in Piraeus Street, formerly an industrial area which has been converted today into a modern cultural pivot for Athens. In recent years various cultural institutions – such as the Technopolis (‘Artcity’ of Athens) in the old gasworks, the Foundation of the Hellenic World, the School of Fine Arts and art galleries have been located in the same area. The Museum’s new acquisition concerned an existing building, which was formerly the showroom of a car factory: a two-storey building complex consisting of three separate buildings constructed at different periods, with a total area of 7,630 sqm. The building occupied the perimeter of a whole block, leaving a central internal courtyard.

The Museum announced an architectural competition by invitation, and called upon three architects’ studios to submit their proposals. The design for the remodelling of the building finally approved was that of a young couple, both architects, Maria Kokkinou and Andreas Kourkoulas. The architects proposed a solution which respected the industrial character of the area, but which reached a compromise with the requirements of a museum space. As the architects themselves observed, ‘What concerned us from the very beginning was how one builds in what was formerly an industrial street which has now been reclaimed by the city, as it takes on other uses. On the one hand, the building has to be integrated into the city’s memory, and, on the other, it must project a perspective. It is a game of memory and imagination.

Another floor was added to the existing building, so that today in its 11,000 square metres this houses three large exhibition halls, the NAA premises and a small lecture hall. The large, strikingly high rooms with the capacity for bearing heavy loads, provide ideal accommodation for exhibitions of painting, sculpture, constructions, multi-media and all contemporary forms of the visual arts in general. The creative introspection, the play of enclosed/open space made possible by the atrium, a decisive feature in the architectural composition, and the ramp between the floors, which permits a view of the activities in the interior, form an additional factor in the Creative design. It is even possible to host theatre, music, and dance performances, both in the lecture hall indoors and in the outdoor atrium during the summer months.

In the new building the NAA will initially occupy an area of some 1,500 sqm, with the prospect of the space being increased later. Of this, 1,000 sqm will be on the first floor and the rest in the basement, in an environment of constantly controlled temperature conditions and humidity. The first floor houses the working area for associates and researchers/students, a storage area for the archives which are being recorded and worked on and those which are most used, while the rest of the archival material is in the basement with a direct link to the offices on the first floor. Apart from the large exhibition areas, which can be used as the occasion demands, we also expect to acquire a small space where we will be able to display material from our archives on a permanent basis. The small lecture hall in the new building makes it possible to hold lectures, one-day or mini-conferences on our own premises. So far the NAA has held five successful architecture exhibitions which have met with a warm reception from the general public. The e xhibitions have followed a specific logic. The aim has been to present the public with typical examples of the material kept in our archives in such a way as to represent different periods: traditional architecture, neo-Classical architecture of the nineteenth century, the inter-war years and the Modern Movement and architecture of the later twentieth century. Thus in a dynamic way a dialectical relation between the visitor and the exhibits has been created, conveying the central idea of our exhibitions. We have also taken part in the organisation of exhibitions in collaboration with educational institutions such as the National Technical University of Athens and the Academy of Athens, and have contributed material to many others. Since 1995, four folios have been published, while another is currently in print. In collaboration with Do.Co.Mo.Mo., the Archives also held a mini-conference in Athens entitled ‘The Body, Sport and Modern Architecture’. Courses are held on the premises of the Archives for undergraduate and postgraduate students of the School of Architecture, a number of papers have been delivered on subjects drawn from archived material. Research and education are among our basic aims and it is our hope that such activities will increase in the coming years, given that now in our new premises we have the space necessary for such a function.

Parallel to the exhibitions, and in collaboration with the department for educational programmes, we also wish to reach young people – children in primary and secondary schools. As we make a new start in the building on Piraeus Street, the creation of educational programmes, exhibitions, lectures in collaboration with other departments of the Museum will be among our priorities. The aim will be the contribution to peoples’ architectural culture in the hope that their view of the built environment will stop being superficial or resting only on the spectacular and will become more observant, reflective and critical. The objective of the Benaki Museum in housing the NAA there, was ‘to lend a unique cultural character to the building by filling a major gap in the safeguarding and promotion of our architectural tradition’. The new building is intended to become the Centre for Modern Culture of the Benaki Museum, and its influence is expected to be on a nationwide scale. This is a building not designed to be a museum of architecture, but rather an interactive centre for different forms of art. Our transfer there has filled us with expectations, since co-existence with a cultural space will provide the NAA with the opportunity to become known to a wider public, and of bringing that public into contact with Greece’s architectural heritage.