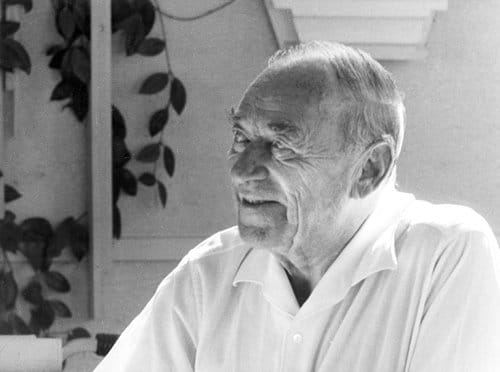 The 125th anniversary of Iittala will be marked by an exhibition of the architecture and design work of Alvar Aalto (1898-1876). The exhibition brings out the unusually extensive and varied work of this famous architect and designer, which covers architecture, furniture design, light fittings and glassware.

The 125th anniversary of Iittala will be marked by an exhibition of the architecture and design work of Alvar Aalto (1898-1876). The exhibition brings out the unusually extensive and varied work of this famous architect and designer, which covers architecture, furniture design, light fittings and glassware.

The results of Aalto’s creativity and productive capacity can be seen not only in buildings, but also in city centres, industrial plants, master plans, residential areas and private houses.

Several of Aalto’s one-off houses are on show in the form of photographs, drawings and models. Aalto’s lesser-known designs for private houses that were never built are represented by the atrium house Alvar Aalto designed for his brother at Alajärvi (1925), a weekend house in the archipelago for British hotel-owner Richmond Temple (1937), the Villa Harriet designed for Maire and Harry Gullichsen’s daughter (1946) and the Villa Sambonet, a residence and studio for the artist Roberto Sambonet (1955).

The Maison Carré (1956-61) built for Louis and Olga Carré is one of the private houses that was built. The building, which is one of Aalto’s most important houses, is located in France and is made unique by virtue of the fact that it was the home of an art collector. It is especially topical to show this building now, as it was recently acquired by the Finnish Cultural Foundation. The Maison Carré in Bazoches-sur-Guyonnes is protected by law and the idea is to renovate the building and open it to the public.

Like his other buildings, Alvar Aalto’s houses are designed as complete works of art, right down to the furniture, light fittings and interior details. For Aalto, it was natural to use natural materials and bent wood which can be seen particularly in his furniture designs. The modern style of Aalto’s furniture, light fittings and glassware is characterised not only by simplified shapes but also by organic forms derived from nature. The Aalto vase, which copies natural forms and was designed in 1936, is a wonderful, timeless example of this. As the vase celebrates its 70th anniversary this year, an exhibition of Aalto’s work is particularly appropriate at Iittala this summer.

The Alvar Aalto Museum, which cherishes the Alvar Aalto heritage, is celebrating the 40th anniversary of its foundation this year and the exhibition includes a history of the Museum in collage form. Through the medium of text and photographs, this gives a picture of the museum as a dynamic centre for art, and an international meeting place for architecture and design.

The layout of the exhibition has been designed by Aleksi Perälä and produced in partnership by the Alvar Aalto Museum, Iittala Oy Ab and the municipality of Kalvola.

Press photos are available at: www.alvaraalto.fi