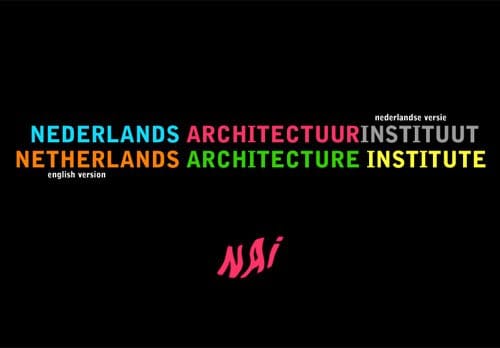 Aaron Betsky, Director of the Netherlands Architecture Institute (NAI), intends to resign from the institute

Aaron Betsky, Director of the Netherlands Architecture Institute (NAI), intends to resign from the institute he has headed for the last five-and-a-half years on october 27, 2006. Betsky will be starting a new job as the Director of the Cincinnati Art Museum, one of the United States’ larger art museums and one of its oldest, on 21 November 2006. The Board of Supervisors and the staff of the NAI greatly regret Betsky’s departure, but they understand that the move will offer him new challenges and opportunities in his home country. The Board of Supervisors, chaired by Hans Andersson, will initiate the procedure to select a new director for the NAI in the near future.
Betsky took up his post as the Director of the NAI in 2001. Under his leadership during the last five-and-a-half years, the NAI has presented over 80 exhibitions and has set up a substantial program of lectures and other activities. He initiated the traveling exhibition program and the number of exhibitions traveling abroad has increased significantly during this period. Betsky has also overseen realization of the Open Models Storage in 2005 and publication of the first issue of the NAI Architecture Bulletin, a new periodical with essays on the designed environment. His most recent achievement has been to establish the NAI’s first branch in another city, the NAI Maastricht. This new architecture museum will be opened by minister Van der Hoeven of the Dutch Ministry of Education, Culture and Science, on 2 September.
Aaron Betsky states, “The Cincinnati Art Museum is a first-class institute with an illustrious past that is now ready to take a new step towards the future. I feel flattered that they have asked me to lead them in this effort, and I am looking forward to the task with great enthusiasm. It is a new opportunity that means I can involve myself in a wider field of visual culture.”