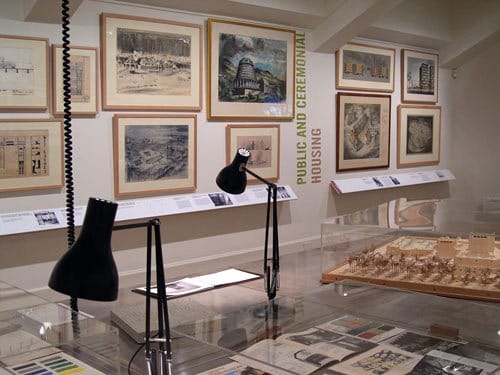 22.02.2008 | what’s on
by RCAHMS, Royal Commission on the Ancient and Historical Monuments of Scotland

This exhibition celebrates the centenary of the birth of Sir Basil Spence, charting the career of one of the most important British architects of the Post-War Era.

It focusses on his most celebrated buildings and projects such as the Sea and Ships Pavilion at the 1951 Festival of Britain and the iconic Coventry Cathedral (1956-62), as well as more controversial works such as the high-rise housing he designed in the Gorbals, Glasgow (1963, demolished 1993) and other key projects like the British Embassy in Rome (1971).

The exhibition has been devised and curated by the Royal Commission on the Ancient and Historical Monuments of Scotland (RCAHMS) and the National Galleries of Scotland, and draws largely on the Sir Basil Spence Archive held at RCAHMS.