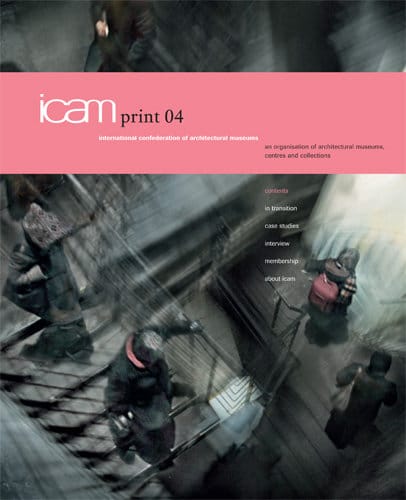 Almost all architecture museums were founded in the 20th
century and based on modern or postmodern concepts that stemed from a period which has itself become museum material. The 21st century requires a re-evaluation of the role of architecture institutions, not only because of the financial crisis but because the framework and conditions of production for architecture are fundamentally different now, they have become more heterogeneous.

In his contribution ‘In transition. Three notes on the situation for architectural
practice in Europe’, Karl Otto Ellefsen addresses these changes in architecture production.

The fusing of architecture museums with, for example, design institutions, or their incorporation into larger structures, has been an everyday occurrence in recent years, especially in Scandinavia. The ushering-in of a new approach to the subject of architecture and design is signalled by the interviews with Lena Rahoult (Stockholm), Juulia Kauste (Helsinki) and Nina Berre (Olso), all museum directors who are increasingly engaged in the reinterpretation of their tasks.